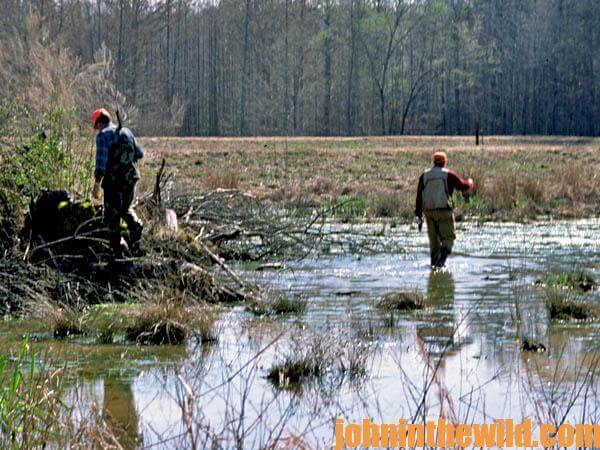 John’s Note: Now’s the time in February that outdoorsmen particularly enjoy hunting rabbits, especially with their families, neighbors and friends. Rabbits, like all other wild species, must have a combination of ample food and proper cover to survive. If an area loses either one, bunnies just can’t flourish. Throughout much of the nation, farming practices have changed. The small-plot family farm generally either has been abandoned or replaced with big-field farms, which are not conducive to rabbit hunting. So, where can a fellow go to find a mess of bunnies? The answer’s quite simple: anywhere you find an abundant food source and cover to protect the rabbits. Let’s see if we can define some rabbit-food hot spots and learn how to hunt them.

Some years ago friends and I decided to hunt a 100-acre soybean field that had been cut and looked as devoid of vegetation as a stock-car dirt track. 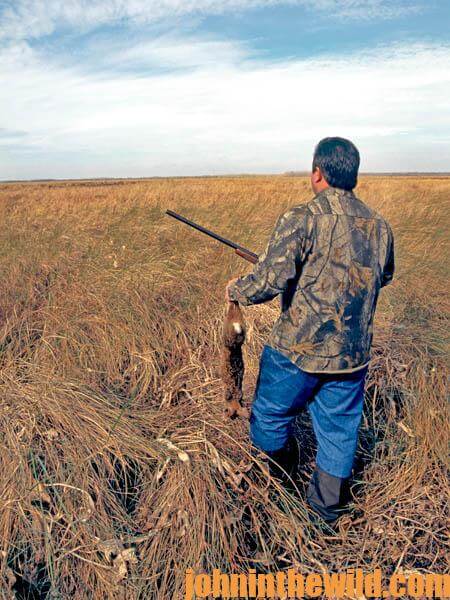 The only foliage and color left grew in the small fence rows and brush piles around the fields. These small cover strips appeared to be no more than 20-yards wide. “Did you bring a sack, John?” a friend of mine asked. “All the rabbits that once lived in this soybean field now will be in the fence rows. We should get a sack full today putting on a bunny drive.”

sounded like a war. In less than 2 hours, we all had bagged our limit of rabbits. Also most of us had several quail to fill-out our game bags. This rabbit hunt was both the greatest and the worst hunt I’d ever been on, because I saw the effects of large-scale farming on rabbits. Clearing vast tracts of woods and swamps to plant agricultural crops meant losing much of the rabbits’ habitat. Even though the hedge rows between these large fields produced outstanding rabbit hunting that season, in the following years, we watched rabbit populations decline. 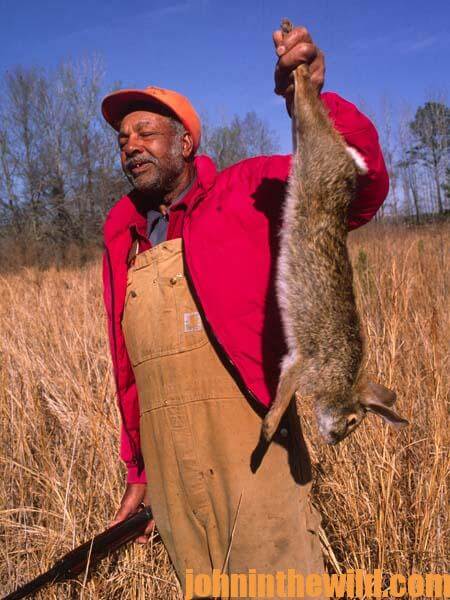 For delicious recipes for preparing rabbits and other wild game with our family’s recipes from the past 45+ years in the outdoors, get John and Denise Phillips’ new eBook “The Best Wild Game & Seafood Cookbook Ever: 350 Southern Recipes for Deer, Turkey, Fish, Seafood, Small Game and Birds.”  “Click here to get this book.”

John Phillips, winner of the 2012 Homer Circle Fishing Award for outstanding fishing writer by the American Sportfishing Association (AMA) and the Professional Outdoor Media Association (POMA), the 2008 Crossbow Communicator of the year and the 2007 Legendary Communicator chosen for induction into the National Fresh Water Hall of Fame, is a freelance writer (over 6,000 magazine articles for about 100 magazines and several thousand newspaper columns published), magazine editor, photographer for print media as well as industry catalogues (over 25,000 photos published), lecturer, outdoor consultant, marketing consultant, book author and daily internet content provider with an overview of the outdoors. “Click here for more information and a list of all the books available from John E. Phillips.”

Next: Hunt Deer to Locate Rabbits