Scott Canterbury on 45 Minutes of Bass Fishing to...

Don’t Panic When You’re Not Catching Bass with Scott... 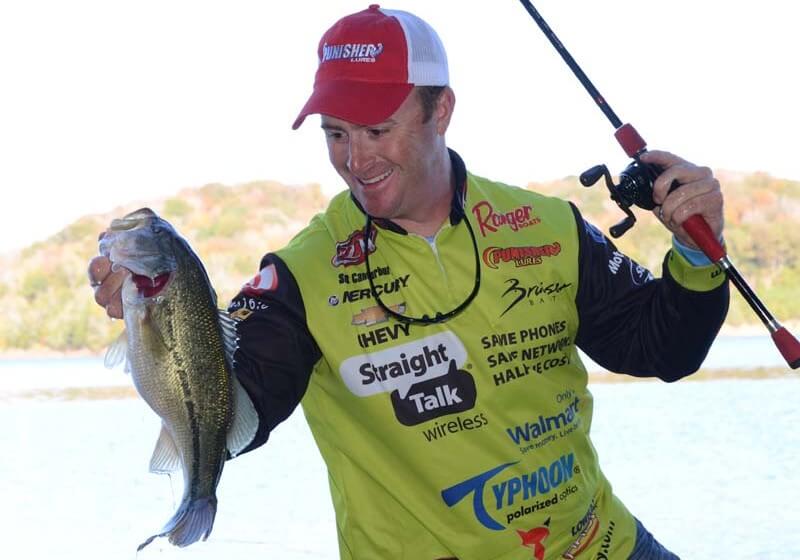 John’s Note: Scott Canterbury of Springville, Alabama, won the title of Rookie of the Year in 2008 on the FLW tournament circuit. He also won an EverStart event and a Rayovac tournament on Lake Eufaula in Alabama. He’s finished second in the Forrest L. Wood Cup twice, winning $100,000, and he has many more second-place finishes in tournament bass fishing. When he was fishing tournaments in his home state of Alabama, he won three fully-rigged bass boats at different tournaments and cashed quite a few checks in local tournaments. “But on the tour level of tournament bass fishing, I haven’t had a win yet, although I’m getting close,” Canterbury reports. Although Canterbury’s a fulltime bass pro, he also works construction and is a plumber part-time. 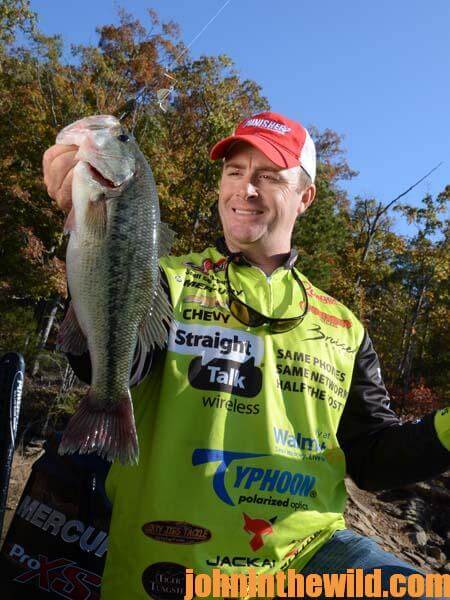 I was fishing the Ticonderoga River on Lake Champlain in New York. On the first day, I ran down the river and caught a big bag of bass that weighed 19 pounds. On the second day of the tournament, a cold front hit. The wind started blowing, and I was fighting 4-foot waves. I probably could’ve made a run back to the place where I had caught the 19 pounds the day before, but I knew I would lose a lot of time fishing. I also realized there was a good chance that the cold weather and wave action would’ve moved the bass from where I had caught them the previous day. So, I made the decision that having more time to fish would be better than chancing a run back up the Ticonderoga and hoping the same school of fish would be on the spot I had caught them before, even though the weather was bad, and a cold front had hit. So, I chose to stay close to the launch site. 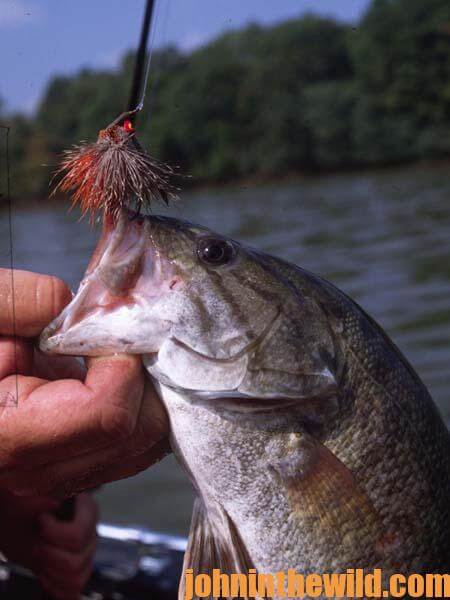 On the first day, I had caught a good number of largemouths. If I fished for smallmouths, I knew my smallmouths probably wouldn’t weigh as much as the largemouths. My backup plan was to fish for smallmouths close to the launch site. And, this is another secret to turning a bad day into a good day. When we leave the house, most of us know where and how we’re going to fish, and what baits we’ll use to catch the bass, especially when in a tournament. If the weather turns bad, where I’m going to fish is always a part of my pre-trip planning. If you fish a number of days during the year, eventually bad weather will hit. If you haven’t planned for that bad weather, generally you’ll have a miserable day of fishing. So, if cold weather hits, or we get a lot of wind, I have planned what I’ll do. 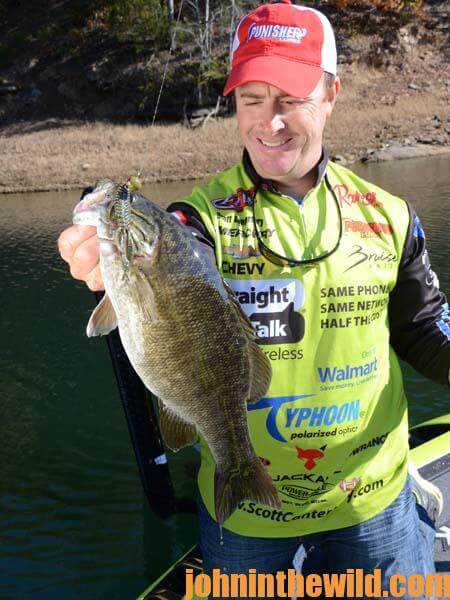 I caught 16 pounds of smallmouths on the second day of the tournament, and this catch kept me in the top 20. On the third day of the tournament, the weather cleared. I went back to the Ticonderoga and caught 20 pounds of bass. That moved me into the top 10 and allowed me to cash a pretty nice check. So, when you’re planning your trip to go bass fishing, whether you’re a tournament fisherman or a weekend angler, always carry a rain suit, and expect bad weather. Just as important, if weather makes fishing your main spot impossible – plan and make preparations to fish a backup spot.

To learn more about bass fishing, get John E. Phillips’ Kindle eBooks and some print books, “How to Bass Fish Like a Pro,” “How to Win a Bass Tournament,” “Catch the Most and Biggest Bass in Any Lake: 18 Pro Fishermen’s Best Tactics, “Hot Weather Bass Tactics” and “How to Become A Tournament Bass Fisherman.” Click here to get these books.

Next: Don’t Panic When You’re Not Catching Bass with Scott Canterbury