Have Fun and Catch Big Bream Day 1: Where... 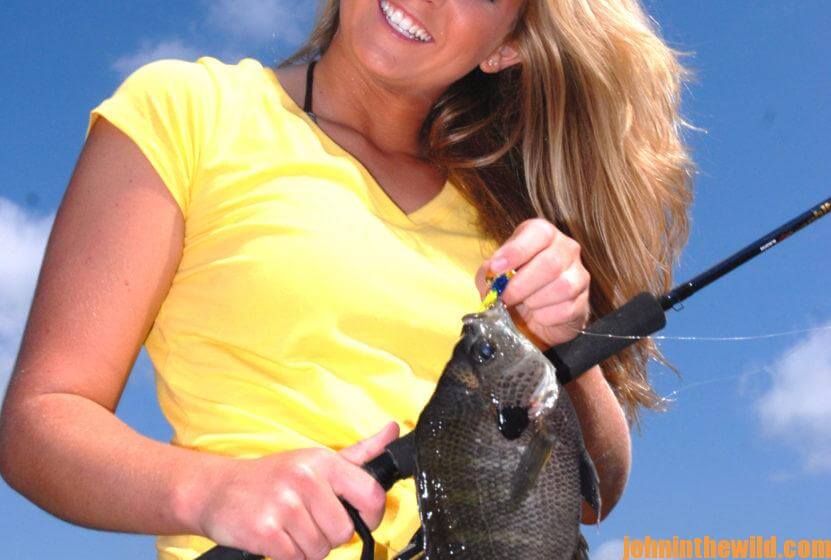 Editor’s Note: Most fishermen will name May and June as the main months for catching big bream, which includes bluegills and shellcrackers, and particularly the time around the full moon in May. The bluegill has a black dot on the back part of its dorsal fin with cheeks and gill covers. Bluegills primarily eat water insects, inhabit rivers, swamps, ponds and reservoirs and provide fodder for bass. Shellcrackers (also called Redear sunfish) generally grow larger than bluegills and eat snails, small mussels, worms, crickets and bugs with a world’s record of 5 pounds, 7 ounces caught in South Carolina. But, to catch either shellcrackers or bluegills that weigh almost 5 pounds, certain conditions have to come together to produce a new world-record. Just like you can’t take a trophy whitetail, if a trophy whitetail doesn’t live on the property you hunt, the same is true for catching monster-sized bream. Here are some of the ingredients that must come together to produce huge bluegills – a 1-1/2 to 2 pounder bream.

Big baits must be employed for big bream. A No. 8 hook is the normal size for fly fishing with most bream bugs. However, a No. 6 hook will allow you to miss the small bream, while hooking only the big ones. Once you have the right-size hook on your bream bug, the color and the number of legs the bug has are the next 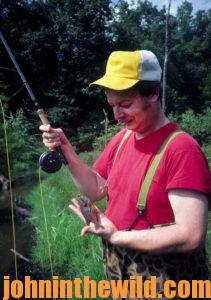 considerations. Most commercial bream bugs don’t have enough legs to suit the trophy-bream fly fishermen. Rubber legs create action on the water and draw bream to the bug. Those legs go to shimmering and shaking, and a trophy-size bream just has got to come off its porch to take a bite.

The visibility of the bait has a great deal to do with whether or not a bream will bite, because the fish can’t hit what it can’t see. Most fly fishermen consider white the best color for catching buster bluegills. Although yellow is the next-best choice, black will be the most productive in clear water. Of course, some bream fly fishermen swear by chartreuse. “Why, every serious fly fisherman I know uses chartreuse, and we always catch bream,” an older angler once told me. Although there’s no scientific evidence to prove that chartreuse is the best color, like you, I know that when an angler believes in a bait, he’ll catch more bream. So, if you’re a die-hard chartreuse fly fisherman, stick with your color. But, you may be surprised at what you can catch on white and yellow. Spots, stripes and pretty designs on bugs are decorations more to catch customers than fish. But, if you feel your bug has to have polka dots to catch fish, by all means, get a polka-dot bug. It won’t matter to the bream.

The late Alf Van Hoose of Birmingham, Ala., well-known for his fly-fishing expertise, developed a technique of catching and baiting quicker when he was fly fishing for bream with crickets. “I use a tiny hook and light line, because I believe a smaller hook and smaller line is easier for a bream to get into its mouth and swallow the cricket. And, unless you really know what you’re doing, you’ll spend all afternoon just trying to get that small hook unhooked from that bream’s mouth. When you take a lot of time to get a fish off the hook, you’re lessening your time to fish. So, I try to lip-hook the bream to remove it faster. To lip-hook a bream, you must set the hook as soon as you see the cork move or the line twitch. Sure, I’ll miss a few bream like this. But, if I miss a bream I can swing right back to it and give it another shot at the bait. If I do hook it, I can get it into the boat easily and off the hook quickly.

“The next big problem of getting back into a bed of bream in a hurry is being able to bait-up quickly. If you’re fishing with live worms, you have to dig through the box, find the worm, put it on the hook, rinse your hands off and swing your bait out to fish again – all of which takes entirely too much time. So, I prefer to fish with crickets, because they’re not nearly as nasty as worms and can 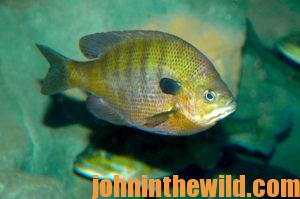 be baited much quicker. The problem associated with crickets is getting them out of the cricket cage and then baiting the hook. For that reason, I take 6 or 8 crickets out at a time and squeeze their heads just a little to immobilize them. Then those baits are ready to fish when I need them. Once I’m ready for bait, I reach down, pick-up one of those immobilized crickets and put it on the hook. I’m ready to fish again. If you’re catching big bream – getting your bait back into the water as quickly as possible is often the key to continuing to catch big bream.”

*Understand the Difference in Baiting for Bluegills and Shellcrackers:

Proper baiting for big bream is important. And, according to Gayland Gilliken, the Bream Man from South Alabama, baiting for bluegills is different from baiting to catch shellcrackers. “Bluegills favor worms that wiggle at both ends. So, I hooked my worm in the middle, swing it into the bedding bluegills and let it float to the bottom. The bluegill will suck its bait in rather than bite it. An angler must let a bluegill have a worm longer than he does a shellcracker. Too, when you’re baiting for shellcrackers, thread the worm on the hook. You really only just need half of a worm, but bury the whole hook in the worm and leave the end of the worm that wiggles, free to wiggle, right at the end of the hook. A large shellcracker will bite-down on the worm, especially the wiggly part, and you can hook it by baiting this way. If you bait for shellcrackers like you do for bluegills, the shellcracker will bite both sides of your worm and leave the middle, where the hook is.” 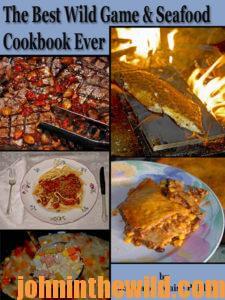 Tomorrow: How to Catch Boathouse Bluegills