How to Find and Catch Prespawn Crappie Day 2:...

How to Find and Catch Prespawn Crappie Day 1: Fishing Grass Lakes for Crappie in the Prespawn with Guide Mike Carter 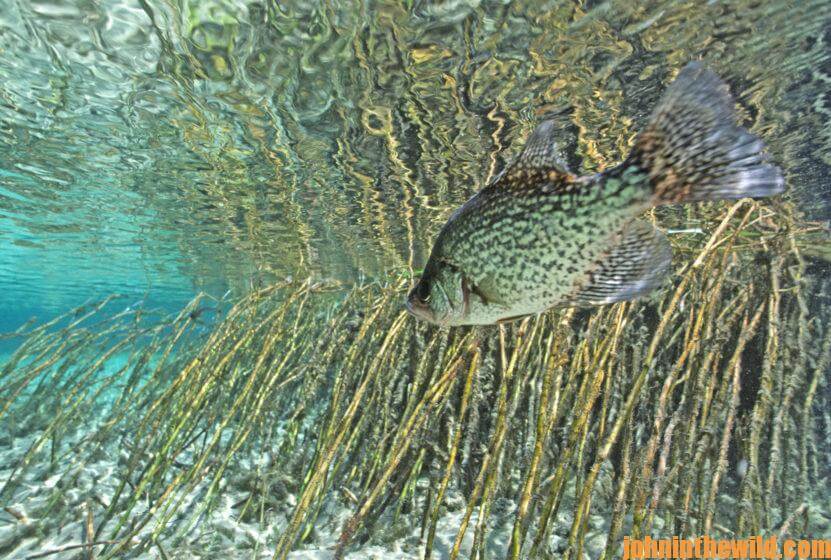 Editor’s Note: The most-dependable place to find and catch crappie throughout the spring is locations where the prespawn crappie hold before going to the bank, since crappie don’t all go to the banks at the same time. Nor do they spawn-out all their eggs the first time they move to the banks. A crappie may go to the bank to spawn several times during the spring and then return to its prespawn spots before going back to shallow water to spawn. The crappie also move to prespawn sites to hold before they move offshore to deeper water. Let’s look at where some of the best crappie-fishing guides look for and catch prespawn crappie. 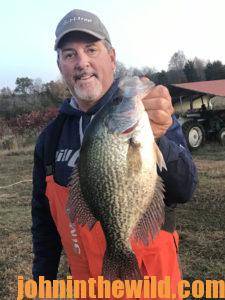 which is a grass lake, I start looking for prespawn crappie holding on underwater grass that leads up into shallow flats with stumps on them,” Carter explains. “The crappie usually will start holding on underwater grass edges 6-8 feet deep and then move up along these same edges until they reach depths of 4-5 feet deep. They’ll next move into the stumps – perhaps only 1-2 feet-deep to spawn. When they reach the stump flats, we’ll be fishing in 1-1/2–2-foot deep water.

“The grass I usually find in the 6-8 foot water will be eel grass and some hydrilla. But when the crappie move up to 4-6 foot deep, they’ll generally be in old, dead, underwater hydrilla grass.  I’ll look at the shallow grass flats right next to the spawning areas and note the first drop-off near the spawning area to catch the prespawners. Those first drop-offs usually will be in 6-8 foot deep water. Another advantage to fishing those prespawn places is when a cold front hits the lake, the crappie usually will back out of the shallow water and return to that 6-8 foot deep water when they’re swimming toward the bank to spawn. If a warm front moves on the lake during the prespawn, the crappie will move into the stump flats. However, I always start fishing the grass edges from 6-foot up to about 4 feet deep. I’ll cast 1/32- and 1/24-ounce jigs on the edges of that grass. Then I know if I don’t catch the prespawn crappie there, that those crappie will be on the shallow stump flats.

“I’ll fish the same stump flats later in the day rather than the grass edges because I can see the underwater stumps better when the sun’s higher in the sky. When the crappie move up to the stump flats, I’ll use a jig and bobber to fish. The jig will be about 1 foot under my bobber.” 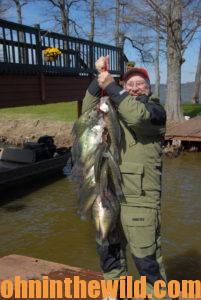 Carter explains that he’s often asked when the crappie spawn starts at Lake Guntersville. “If the South has a warm February on the lakes I fish, I’ll start fishing the grass line then. However, if February is cold, I’ll begin by fishing the underwater grass at the first of March. These fish will be coming from creek and river channel ledges and moving up to those grass edges. When the water temperature is in the high 50s or the low 60s is usually when the crappie start moving off the channel and creek ledges to the grass edges.

“Too, if the lakes we’re fishing have a lot of rain, as the Deep South has experienced this late winter and early spring, and the rivers and creeks flood, the crappie won’t move up as early as they generally do. Then when the water settles out and starts to clear, the crappie will swim back up to those grass edges.” 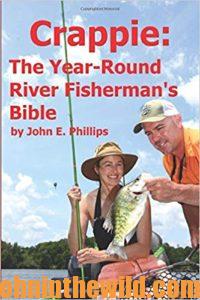 To learn more about crappie fishing, check out John E. Phillips’ book, “Crappie: The Year-Round River Fisherman’s Bible” at https://amzn.to/2mxWIt4, available in Kindle and print and in Audible at https://adbl.co/382m0SR.

Tomorrow: Fishing Non-Grass Lakes for Crappie in the Prespawn