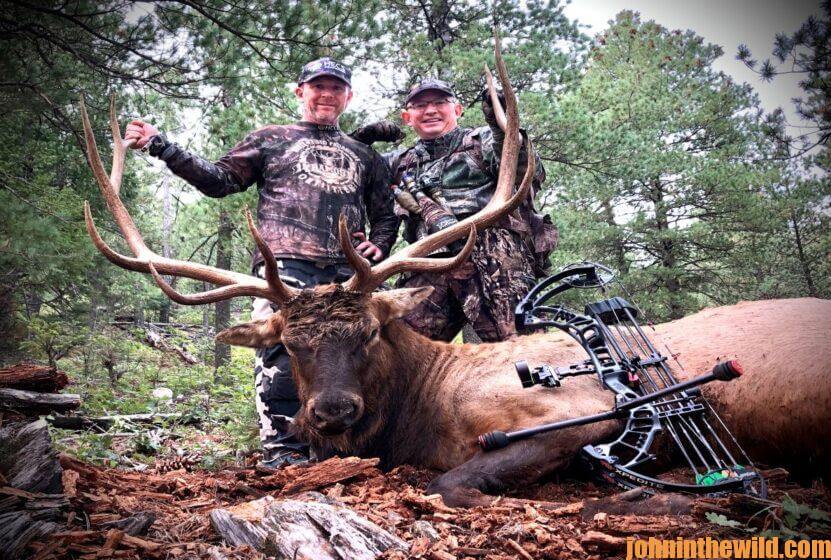 Editor’s Note: For the last 20+ years, Ralph Ramos of Las Cruces, New Mexico, has called in a bull for himself or his clients every opening weekend, which is usually Labor Day weekend. Ramos has been hunting mule deer and elk in New Mexico for about 45 years. Archery season for mule deer and elk starts on September 1. All elk and mule-deer tags in New Mexico are assigned through a lottery system. You apply for a tag and then are notified if you’ve been drawn to hunt either of these two species. There are also private-property tags that can be purchased for mule deer. For elk, ranchers get authorization, and then you can buy a tag from the ranchers. 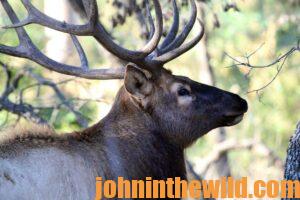 This bowhunt elk hunt with my friend of many years, Jeff Terranova, took place in the Gila National Forest (https://www.fs.usda.gov/gila). He’s a veteran hunter, and he’s not interested in just shooting a bull. For that reason, he’ll pass up numbers of bulls other hunters may take. And, on this 5-day hunt, we did pass-up numbers of bulls. We were hunting in more-open country, so we could see and call-in bulls that we might not have been able to call in from more-wooded areas. The bulls in open country tend to bugle better than the bulls in timber.

Jeff and I have hunted together for many years, and he’s a very-experienced bowhunter. I hunt with Jeff in a different way than I do most of my other hunters. I let Jeff walk out in front of me when we hear an elk bugle – he’ll usually be 60-80 yards in front of me. As long as I can see Jeff walking toward a bull, I’ll continue to call. At some point Jeff will stop, and then I’ll stop walking but still call. I try to determine whether Jeff will continue to move, or whether he’s seen a cow elk and stopped to not spook her. When he spots an elk, he’ll stop, so he won’t spook the herd. If Jeff sees a herd of elk coming to him, and there’s a bull in the herd, he’ll squat down by a big tree or a very-thick bush. He’s probably already nocked an arrow. I can tell by his body language, and what he’s doing, what he sees, and if he’s got a bull spotted that’s coming toward him. If I can see the elk also, then the next thing I’m looking for is to see in which direction Jeff is facing, and when he’ll draw his bow. I also watch for Jeff before he draws to look behind the elbow with which he’ll draw.

One time when we were hunting together, Jeff had a very-nice bull coming in, the bull was at 30 yards, and Jeff drew his bow. When he drew his bow, his arm hit a dry branch behind him, a twig snapped, and that elk blew out of there. Jeff didn’t get a shot. So, one of the things I warn my hunters about is to make sure before you draw that you know no twigs or sticks are behind you. When you draw the bow, check that your elbow won’t hit anything that will move and give away your position. 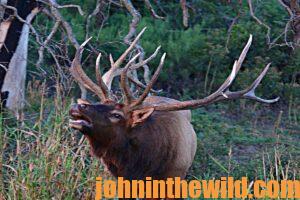 In that five-day hunt, I probably saw Jeff set-up to take a shot on eight different bulls. But as those bulls got in close enough for Jeff to shoot, he could tell they weren’t the bull he wanted to take, and he’d let them pass. Finally, though, he spotted the bull he knew he wanted to take. This bull was with cows, and he was bugling and pushing his cows. We could tell by the way the herd was moving that they were going toward a mesa. We took off running. We probably ran and jogged about 500 yards to get in front of the herd. When we finally got on top of the mesa, we heard a crashing sound and saw two bull elk fighting. I was running the video camera and calling. We closed the distance quickly, and as we came over the top of the ridge, we could see that the two bulls had stopped fighting. The bull that lost the fight, started walking to the south, and the bull we wanted to take walked toward his cows behind him. We moved another 50 yards to get in front of him, and Jeff set-up to take the shot.

Jeff didn’t even have time to squat down. I was giving the bull some light bugles and a few cow calls, and the bull growled. His cows close to him gave cow calls and moved toward the bull, putting Jeff between the cows and the bull. Once Jeff came to full draw, I gave a cow call, the bull stopped at 35 yards, and Jeff’s arrow hit him perfectly for a double-lung shot. After the bull went about 10 yards and stopped, in my peripheral vision, I saw Jeff come to full draw and put a second arrow in the bull. The bull went out of sight. 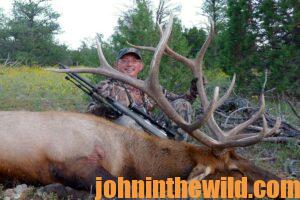 We knew Jeff had made a great shot, so we waited about 30 minutes. I rewound the video I’d taken, and we saw the first arrow was a perfect hit, with the second arrow a good follow-up shot. Then we went around the pinyon trees where the bull had gone out of sight and saw him laying stone-cold dead 40 yards from us. That bull scored about 340-345 inches and was a really-nice bull.

What about the Importance of Videoing?

I love to video hunts and put them on “Ramos Hunts and Video” on YouTube to share the excitement of these hunts and these hunters with friends and relatives (https://www.youtube.com/channel/UCR6dciVU85Jv7XCNI02frDQ/videos). I have videos, that include elk, javelinas, white-tailed deer, antelopes, oryx and turkeys. I not only want to share these hunts with people, but I want to show them the techniques I use to call the elk in to within bow range and also tactics for calling in turkeys and other animals. For me, sharing a video is easier than my telling a story. Then the hunters can see and understand how, why and when we call, set-up and take the shot. The other big benefit for videoing the hunt, is that after the shot is taken, I can see where the arrow hits, how the elk reacts to the hit, and get a better idea about when we should go after the elk to try to recover him.

In my videos, after the shot, I turn my camera on me and explain what just happened, why I’ve used the calls I have, why we’ve set-up where we’ve set-up, and what’s every element of the hunt. I guess I do that because that’s the teacher in me coming out. I’ve taught for many years, been a principal and then an interim superintendent. Today I’m the permanent superintendent of our schools. I enjoy teaching others how to use calls to get elk in close enough to take them with bows or guns. I like to teach hunters how to go out and have a great elk hunt, because most hunters don’t draw an elk tag every year. When they do draw a tag, that’s a special hunt for them, and I want to teach them all I can about elk hunting to make their hunts successful.

To learn more about hunting elk successfully, check out John E. Phillips’ book, “PhD Elk: How to Hunt the Smartest Elk in Any State,” available in Kindle, print and Audible at (https://www.amazon.com/dp/B0087S2RQM). Also, watch for John E. Phillips’ newest deer book, “How to Hunt Deer Like a Pro: Volume II,” due out in print by October 1, 2022, and in Audible by November 1, 2022. 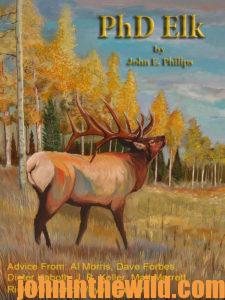 You may have to copy and paste these clicks into your browser. When you click on the books, notice on the left where Amazon allows you to read and hear 10% of the book for free. On the right side of the page and below the offer for a free Audible trial, you can click on Buy the Audible with one click. 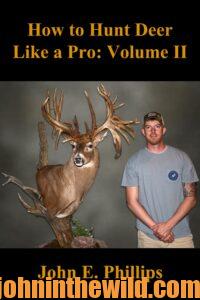