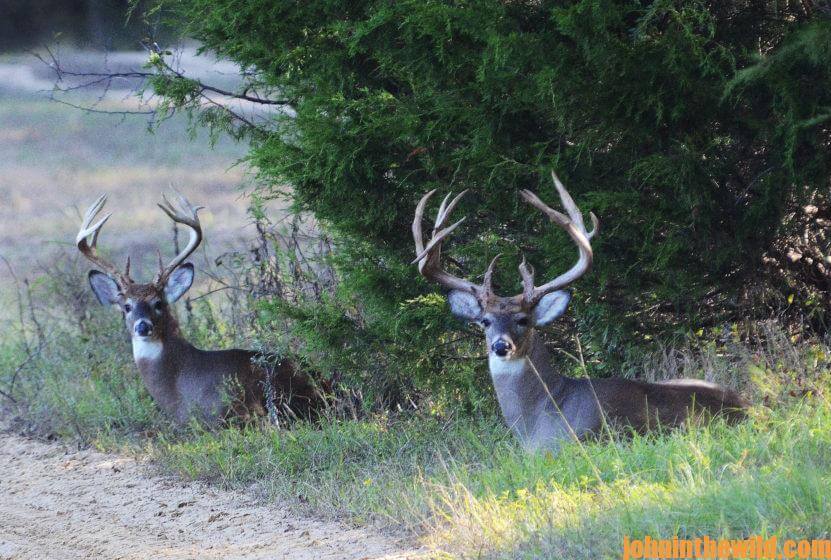 Editor’s Note: You can have an opportunity to harvest a monster-sized whitetail by learning these secrets.

Tad Brown of Warsaw, Missouri, who’s with Hunter’s Specialities (https://www.hunterspec.com/) has hunted the pastures and croplands around his home for more than 20 years. He has developed strategies that regularly produce big bucks. “I love to hunt green pastures. On one hunt, I slipped up to the edge of a pasture where I’d seen deer previously. Using my binoculars, I spotted a group of deer at the other end of the field from me – about 180 – 200 yards away. H 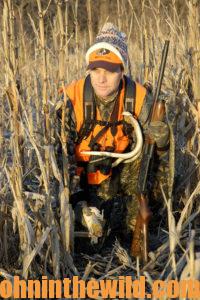 unting with a .270 Remington rifle (https://www.remington.com/rifles/), I picked up a nice-sized buck in my rifle scope. I let the crosshairs settle behind the deer’s front shoulder and squeezed the trigger. The buck went down immediately when my 130-grain hollow point hit him.” Brown sights-in his rifle dead-on at 200 yards. “By taking a long shot like this, the buck never sees, hears or smells me,” Brown explains. “The further you are from the deer, the more likely you will be to bag a big buck if you can shoot accurately.”

A vast majority of hunters prefer to hunt woodlots instead of fields, which means less hunting pressure exists around the edges of the fields than in the woodlots. Where you find less hunting pressure, you usually can locate more and bigger bucks. “When hunting in timber, I’ve seen numbers of deer before but haven’t gotten off a shot,” Brown mentions. “I either may spot a whitetail, a flash of antlers or a buck standing on the opposite side of a brush pile or a tree. But because of the lack of intense hunting pressure in croplands and fields, I can see more big bucks and have the opportunity for better shots than I ever have in the woods.” Brown also has discovered another advantage to field hunting. When he sits in a tree stand 15 – 20 feet off the ground and uses his binoculars and his rifle scope, he can see where the buck he’s shot falls, or which way he runs when he’s hit. Brown then can find big bucks quickly and recover the animal much more easily than when he hunts in the woods.

In most hunting areas, you’ll find woods roads, firebreaks, old logging roads, powerline right-of-ways or some other type of paths and/or clear-cuts through the woods. Hunters typically won’t hunt these open regions. However, learn to hunt these paths through the woods to consistently bag big whitetails. By driving these roads, firebreaks or trails at mid-morning, especially after an all-night rain has softened the ground, you can pinpoint tracks where deer cross the roads duri 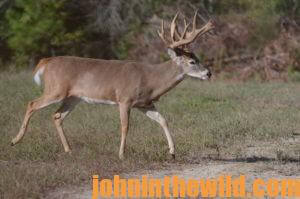 ng daylight hours. In snow country, you often can locate these road crossings much easier if snow recently has fallen. While hunting on Anticosti Island in Quebec, Canada, my guide, Norman LeBrun, helped me have big-buck success by driving roads after a major snowstorm to find where and when deer travel. Once you’ve pinpointed where deer cross, you’ll know where to place your stand. Then you need to determine what wind direction you must have to hunt that road crossing properly. Only hunt when the wind blows your human odor away from the deer.

Generally on the days I scout roads, I’ll scout all the roads in the area I plan to hunt and make notes on:

* where the deer cross the roads;

* which wind direction I need to have to hunt that road; and

* where I can put my stand.

By taking a day to scout roads, powerline right-of-ways, trails and firebreaks, you will have productive road crossings to hunt throughout the season. 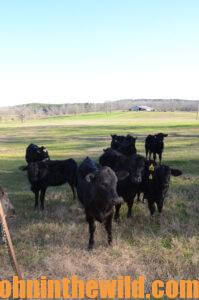 Because of the wide-open spaces in cattle country, most deer hunters don’t think of it as deer country. But Ed McMillan of Brewton, Alabama, has grown up in cattle country and has hunted the white-tailed deer in these areas for most of his life. “Some of the biggest bucks in any region often can be found in cattle country. All the ingredients present in cattle country that put weight on cattle – including an abundance of food, fertilized pastures and little or no harassment – also can put weight on deer. However, when most hunters see big pastures and few wooded areas, they automatically dismiss the possibility of whitetails being present in these places. Few hunters realize that large, older-age-class bucks have established routes through these wide-open spaces. Just at daylight, big bucks will move from small wooded spots across pastures to thickets and bedding areas. Deer usually cross in the middles of pastures where they have a lot of open space around them because they’re rarely if ever been shot at on these routes. And year after year, these big bucks will travel the same trails.

“I believe deer learn at an early age the traditional routes of travel they can take between and through pastures. Most landowners will tell you where these historical routes are and what time of day they generally see deer crossing these open pastures. Then you can hunt that same crossing year after year and consistently take bucks.” 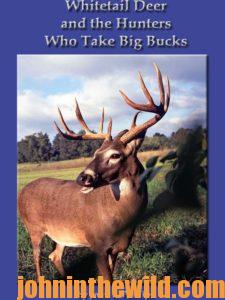