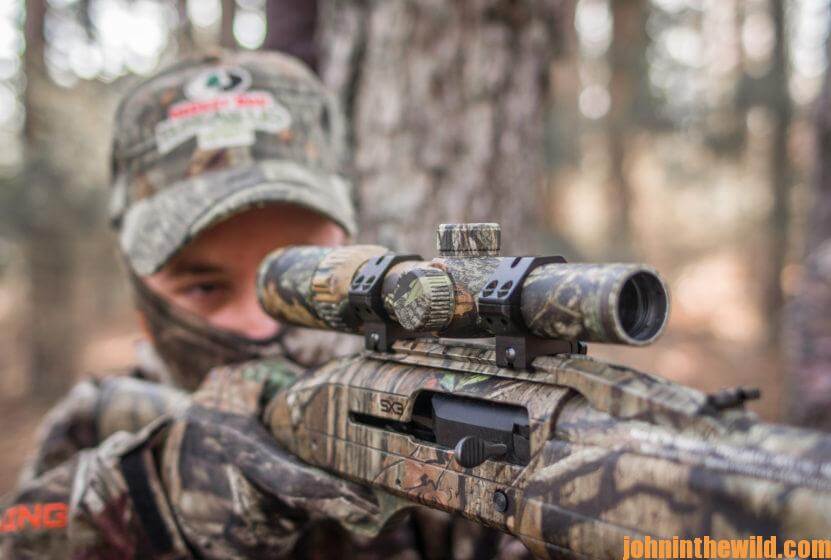 Editor’s Note: Each turkey hunter has his or her own personality and preferences for how to hunt gobblers. Here’s a look at the various tools you need to take a tom.

Surprisingly many turkey hunters spend more time practicing their calling and little time learning how to judge distances when shooting a shotgun. If you call in a tom but don’t know how far away the turkey is before you squeeze the trigger, you’ll probably miss the bird. Before you pattern your shotgun or decide which shells shoot best in which of your guns, program yourself to become an accurate judge of distance.

How to Estimate Distance:

Misjudging distance is easy when you’re unaccustomed to seeing a gobbler in the woods. When a tom is walking with his head erect, he looks bigger than many people expect, thus giving the appearance of being closer than he really is. If you can’t accurately judge your distance from the bird, you can’t determine the effectiveness of the shot once you squeeze the trigger. Therefore, judging distance is the first step in understanding the patterning of your shotgun. You can practice this by dedicating your time in an indoor firing range. 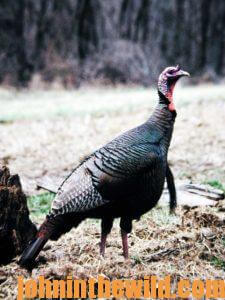 ou know the effective range of the gun – let’s say out to 50 yards – if you misjudge the distance to the bird, you won’t know whether your pattern will put enough pellets in the gobbler to bring him down. To be an efficient turkey hunter, develop a system of determining distances. Some turkey hunters, who have played football in years past and enjoy watching the sport on TV, know what 10 yards look like. Therefore, when in the woods, they can determine where 10 yards is from their stands. Then from the end of that 10 yards, they attempt to decide what’s the next 10 yards. They continue building on that 10-yard base until they’re out to 60 yards. When measuring off each 10-yard segment, they pick out a tree or bush that’s at the end of each 10-yard division as a reference for when a turkey passes that point.

Another way to use the range finder is to check the distance from your calling position to different objects in your field of view. When you sit down to call a gobbler, use the range finder to determine how far you are from a number of trees and bushes. Then make a mental decision not to take a shot at a gobbler if he doesn’t walk into that effective area, which is typically 35 yards from your position. That decision requires mental and physical discipline. Letting a turkey walk off that’s only 40-yards away is often more pressure than some hunters can stand. An experienced hunter will let the turkey walk off, move to a new calling position and then start calling again.

Why Use a Turkey Sight:

Many turkey hunters like the Undertaker Turkey Sight that will fit all ribbed shotguns and attaches easily to any ribbed shotgun. This sight functions like a peep sight because it requires the hunter to have his cheek on the stock to look through a lighted circle and see the front sight on his shotgun. The fluorescent optic inside the peep sight is 10-times stronger than fiber optics. 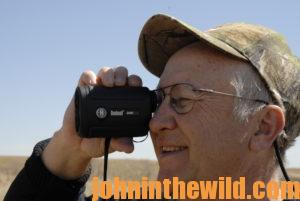 Too, if you can see the turkey’s head and neck inside the circular rear sight on the Undertaker sight, you know that the gobbler is within range for you to shoot. The sight can help you judge the distance you are from the turkey out to 50 yards. If the base of the turkey’s neck is at the base of the circle sight, and the top of the turkey’s head is touching the top of the sight, then the turkey is within 50 yards of you. As the turkey comes closer to you, the head and neck will become larger and fill up more of the sight. One of the problems associated with sighting in on turkeys is that most turkey hunters also deer hunt. If you’ve been deer hunting all along with a rifle or with a shotgun that has a riflescope on it, you’re accustomed to putting your cheek higher on the stock to look through a riflescope than if you’re looking down a shotgun barrel. If you have a circular sighting system like the same peep sight that you use when you bowhunt with a compound bow, then you can better control your head position on the stock and line up the shot, rather than if you’re just looking at the bead on the end of the barrel. Besides helping you judge distance, the Undertaker Turkey Sight helps you make sure you have your cheek in the right place on the stock to aim correctly when you’re shooting at turkeys.

How to Pattern Your Shotgun:

Some terms have different meanings to various hunters. For some people the phrase, “patterning a shotgun,” means standing 30 yards from a target, squeezing the trigger and determining how many pellets put tiny holes in the paper. However, if this is the way you pattern your shotgun, you may be missing more turkeys than you’re bagging. First of all, one shot at one distance doesn’t yield enough information. To effectively pattern your shotgun, put targets at 10, 20, 30, 40 and 50 yards. Then you’ll be able to determine what your gun does at various distances. 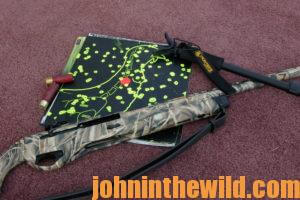 me sportsmen miss turkeys at close range – especially if they’re shooting a tightly-choked shotgun – because the pattern doesn’t have a chance to open-up very much from the time it leaves the barrel until it contacts the turkey’s head and neck. In other words, if the hunter even slightly misses his aim when the turkey is in close, all the pellets in the shell may miss the bird. However, if the turkey is farther away, the pattern opens-up and the pellets distribute over a larger region. That’s why most turkey hunters prefer to take their shots at 25 to 35 yards to get maximum pattern density, instead of taking shots at closer ranges where the pattern will be the most constricted.

Some guns may pattern too loosely and have holes in their patterns. So, shoot at a color Turkey Target that replicated a turkey’s head at 30 yards from the same position you expect to shoot at a gobbler. For most of us, that will be sitting with our backs against trees and our guns up on one of our knees.

How to Decide on Shot Size:

What size shot is best for taking turkey? This question is asked and answered every season by each hunter. Everyone has his own opinion. There’s also the philosophy that the gun, not the hunter, dictates what size shot should be used. Your shotgun patterns every shot size differently. For inst 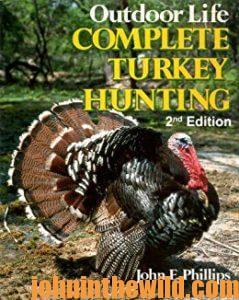 Another factor plays a major role in the effectiveness of the shell you shoot: the brand name of the particular shell. To determine which shell and which shot produces the best pattern in your gun, buy several brands of shotgun shells in the same shot size. Test each brand at 10, 20, 30, 40 and 50 yards. If you’re not happy with the results, move on to another shot size, and repeat the test. The late Lovett Williams, long one of the nation’s leading turkey authorities and wildlife biologists, said, “No. 7-1/2s or No. 8s are best for taking turkeys. The turkey’s brain and spinal column are very small. To bring a gobbler down, even a small amount of lead that crashes into the spinal column or brain can inflict a mortal wound. Therefore, the more lead the hunter has traveling toward the target area, the greater his chances are for bringing down a tom.”