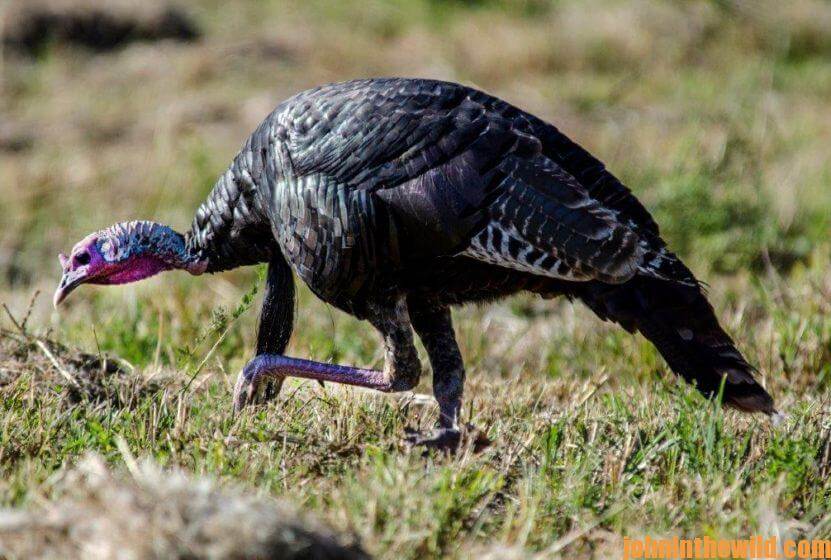 Editor’s Note: Travis Walton from Birmingham, Alabama, a longtime outdoor friend of my son, John, Jr., is my new turkey-hunting hero. Without question, some of the baddest gobblers live on public hunting lands. Generally, they receive far more hunting pressure than the turkeys living on private lands. After President Trump announced the stay-at-home order in the spring of 2020, turkey hunters all over the nation had a legitimate reason to hunt turkeys every day of turkey season. Travis Walton then had the freedom to hunt a part of every day when not working. 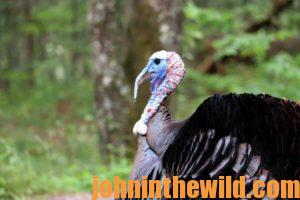 I was really enjoying hunting this public WMA near my home in 2020. I usually heard turkeys, saw turkeys or found turkey sign everywhere I hunted. There were many mornings, especially early in the season, that other hunters would walk close enough to me where I could see them. However, that didn’t bother me that much because I knew that they had as much right to hunt there on the WMA as I did.

On the second to last day of the season, I decided to go after a very-bad bird. For me, I considered a turkey that survived on a public-hunting area until the end of the season as a gobbler that had outsmarted every hunter that had come after him. I felt really successful to have bagged two birds in the middle of the season. I’d gotten a video camera to film this hunt. 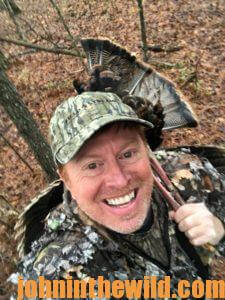 I found a good spot where the ground was torn-up by a gobbler that had been dragging his wings for many days, while he was strutting. I slept late that morning and didn’t go to the woods until about 9:30 am when all the other hunters were coming out of the woods. I went to a strut zone, set-up behind it and used some pruning shears to somewhat clear that area, so the camera could photograph me and the turkey when I took him. I called once or twice every 30 minutes and made two light calls. The third time I called, I heard a turkey coming. Since he wasn’t going to be exactly where I needed him to be for the camera to get me and the turkey in the video, I moved the camera to record this late-season hunt. 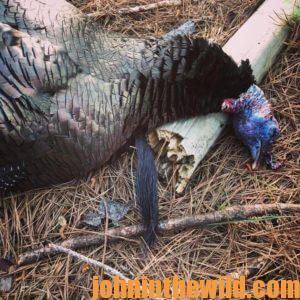 Only a few seconds later, the gobbler showed up. He came in silently and never said a word like I thought he would. First, I spotted the top of his head and then his whole body, including his beard. I had my gun on my knee and squeezed the trigger, but the turkey flew away. I never touched a feather of his. I went over to where the bird had been standing and saw a small tree with pellets in it about waist-high. That’s when I knew for certain that I’d shot over the bird’s head. I could say that my shotgun was off, or that my shells didn’t perform properly. However, as I replayed the shot over and over in my head, I realized that I was more concerned about the video camera than I was about taking the turkey. I didn’t have my cheek on the right place of the stock of my shotgun before I pulled the trigger. I was really upset that I had missed that bird. The State of Alabama reduced the bag limit from five to three turkeys in 2020. So, if I had bagged that last gobbler, I would have reached my limit. 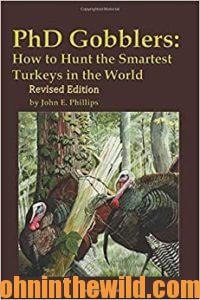 To learn more about turkey hunting, check out John E. Phillips’s latest Audible book, “PhD Gobblers: How to Hunt the Smartest Turkeys in the World, Revised Edition” at https://www.amazon.com/PhD-Gobblers-Smartest-Turkeys-World-ebook/dp/B083V83RLG, and available in Kindle, print and Audible. You may have to cut and paste this link into your browser. (When you click on this book, notice on the left where Amazon says you can read 10% of this book for free and hear 10% for free). To learn about other turkey books by John E. Phillips, go to www.amazon.com/author/johnephillips.