How and When to Use Hen Turkey Calls 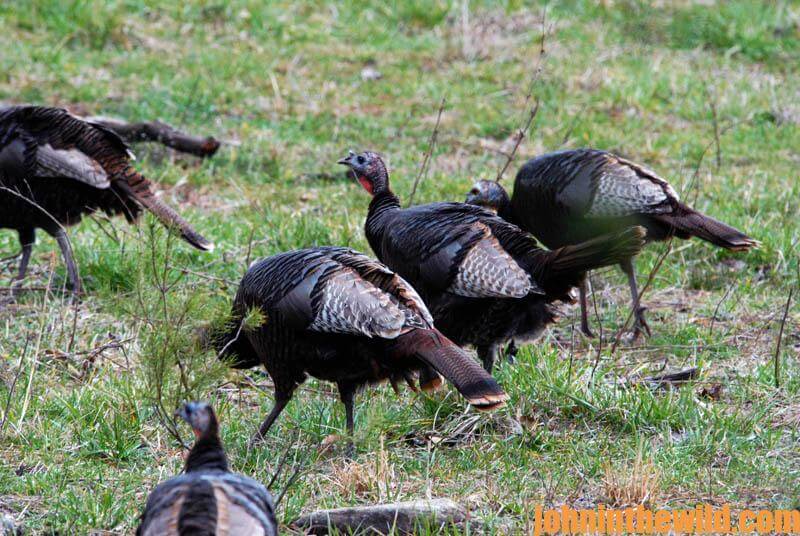 Editor’s Note: Wild turkeys have their own vocabulary. Although scientists and hunters attempt to explain the vocabulary of the wild turkey, their statements and conclusions may be contradictory. Not until someone teaches a turkey to speak English will we find out exactly what each sound means. But here’s an explanation of the sounds turkeys make and how and when to use them.

Hens have a wide vocabulary, and their calls mean different things at specific times of the year. The emotion or feeling of the hen when she’s making a call helps to explain the call and allows the hunter to 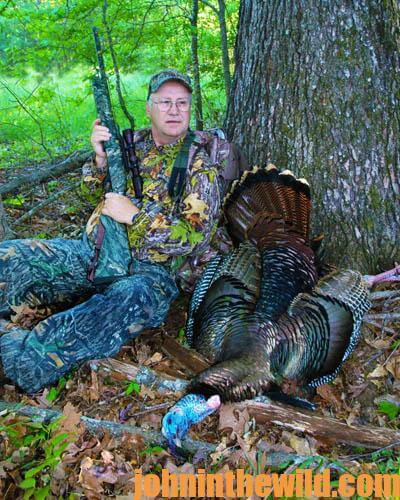 know what she’s trying to say.

* Cluck – Hen turkeys cluck like chickens. Often a hen will cluck before she flies-down off the roost, or when she’s feeding. She’ll give excited clucks when she’s ready to mate or looking for a gobbler. She’ll cluck loudly to let her poults know her location. Sometimes she’ll give a contented cluck, much like a person who hums when busy with an enjoyable project. She’ll also cluck to let a gobbler know her location. By the tone of her cluck, she can express desire or contentedness.

* Yelp – The yelp, which is the second, most-common call given by a hen turkey, has many meanings. The hen yelps to let other turkeys know where she is, specifically gobblers, and to call her brood together. A dominant hen will yelp to express her dominance over other hens in the flock. Sometimes hens seem to yelp just to be social.

* Cackle – This is an excited call. Listen for the cackle when the hen flies down from the roost, flies over a fence or is excited about mating.

* Cutt – Cutting is when a hen gives several clucks in rapid succession, making this one of the most-exciting mating calls a hen can give to the gobbler. When a hen starts cutting to a gobbler, mating is near. 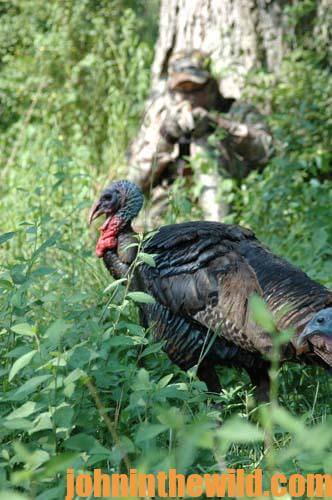 * Assembly Call of the Old Hen – This call is given by the matriarch of the flock and is primarily heard in the fall when the flock’s scattered. At that time, the flock’s primary concern is to get back together. So, the old hen starts-off with a series of loud yelps that build to a crescendo and then die-away and stop completely. The assembly call of the old hen means that she’s at a place where the other birds should flock together. This call is one of the primary calls that the hunter uses to take turkeys in the fall.

* Purr – This is a low, guttural sound a hen makes when she’s feeding.

* Putt – This alarm call of the wild turkey can be given by both the gobbler and the hen – usually just before the turkey plans to run-off. When a turkey starts putting, a hunter can rest assured that his hunt’s over.

* Tree Call – The tree call is a light, soft series of yelps that can barely be heard. The tree call is given at first light by the hens, while they’re still on the roost. Many times the gobbler will answer a tree call.

To learn more about turkey hunting, check out John E. Phillips’ print, Audible, Kindle and Nook turkey books at https://johninthewild.com/books/#turkey and at www.barnesandnoble.com. You also can download a free Kindle app that enables you to read the book on your iPad, computer or SmartPhone. You can learn more about calling turkeys by going to johninthewild.com/audio-files/ for audio turkey tapes to purchase of Lovett Williams, Rob Keck and Chris Kirby, available for download to your SmartPhone, tablet or computer. For a free copy of John E. Phillips’ “The Turkey Gobbler Getter Manual,” go to https://johninthewild.com/free-books/ to download.

Tomorrow: How and When to Use Hen Turkey Calls