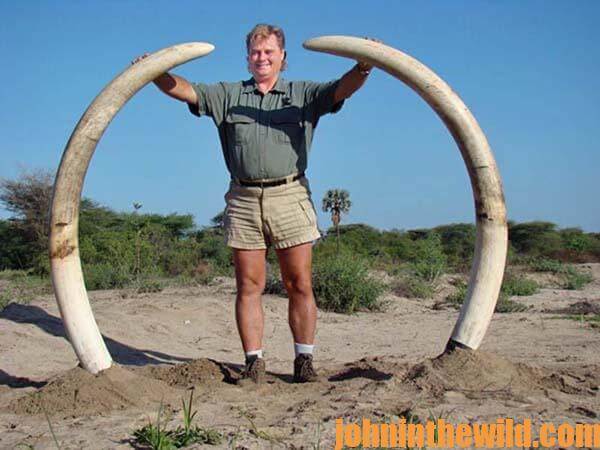 Editor’s Note: Adrian Erickson of Osoyoos, British Columbia, Canada, has been shooting PSE bows (http://www.pse-archery.com) for more than 30 years and has taken 43 dangerous animals and 12 elephants with PSE bows in Africa. 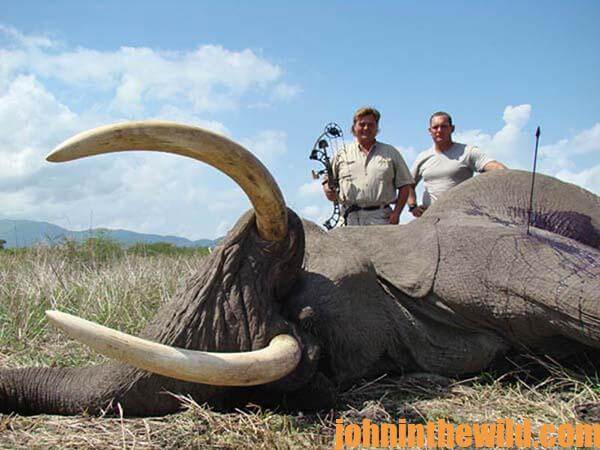 The second time we caught up to this bull, he charged again, trumpeted and kicked dirt toward us, only 12-yards from us. I was really proud of my PH (professional hunter), and that he didn’t shoot the elephant with a rifle. This PH had hunted elephants so much, he knew this bull would stop and probably offer me a shot. I came to full draw as the elephant charged us. When he turned to walk away, I released the arrow. Because he turned so fast, the arrow hit him a little bit farther back than I wanted the arrow to enter him. The arrow only passed through one lung. The bull ran about 50 yards, before he realized something was wrong with him.

Once the elephant ran off, we ran about 30 yards downwind of the spot where I had taken the shot. 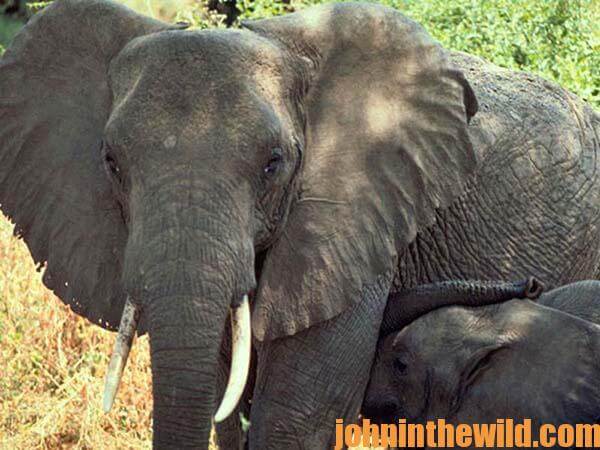 Then the elephant whirled around, came back to the spot where we had been, when I had taken the shot, and started hunting us. He began testing the wind looking for us. Once he came to the place where we had been standing, this time I was able to get a heart shot, and I knew the elephant would go down. Just to be sure, I nocked my third arrow and put my third shot right where the second arrow had entered the bull. The heart on an elephant is about half way up his body, right where the crease of his shoulder is located.

I shot a Gametracker 2540 arrow, and I had asked the company to make the arrow a little bit heavier than the standard 2540 arrow shaft. My set up arrow and broadhead was 700 grains, and I was shooting 300 feet a second. Back then, I used Zwickey broadheads, and my broadhead and lighter arrow shaft only weighed 500 grains. Later, I changed to Eclipse broadheads. This set-up with my PSE bow would drive an arrow all the way through an elephant and usually stick in the hide, on the other side of the entry point. I was shooting the PSE G-Force bow. Just about all my elephants were taken with a PSE G-Force bow. This elephant’s tusk weighed 68 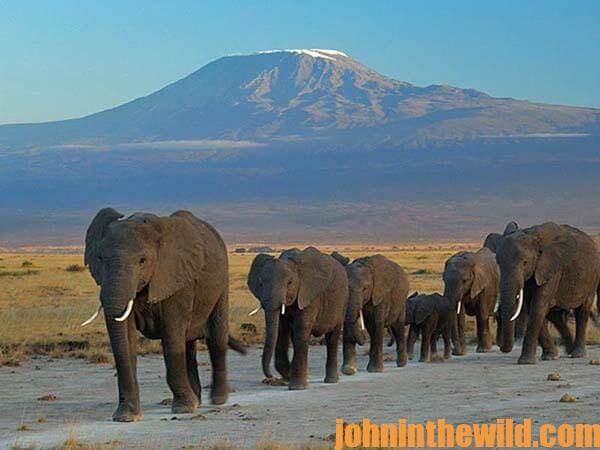 pounds for one tusk and 64 pounds for the other tusk.

» Bowhunting » Adrian Erickson and His Most Scary Elephant Hunt