How to Identify the Pups That Can Become Grand...

Raccoons are a Bigger Problem in the East than... 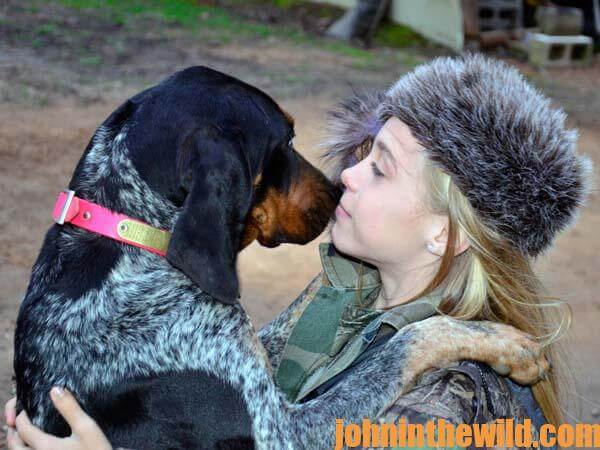 John’s Note: Keith Tate (205-527-1862) has been training coon dogs for 15 years, mainly for Dexter Whatley of Kildare Junction in Cass County, Texas. To produce dogs that have the potential to be Grand Nite Champions, the trainer and the owner of the dogs must have the same philosophy about the dogs that are bought and trained. Even though each man performs a different task, they work in harmony like the defensive coordinator and the offensive coordinator on a professional football team. Tate and Whatley share the same mindset of what’s required to produce a Grand Nite Champion coon hound.

Phillips: Dexter, why do you only buy, swap, breed and have bluetick hounds trained?

Whatley: I’ve been training, hunting and competing with this line of bluetick hounds under the label of Diamond W for more than 30 years. But I’ll never say that the bluetick hound or the Diamond W bluetick hounds are the greatest coon dogs on the face of the earth. I’ve seen a lot of dog breeders, trainers and handlers get all puffed-up and talk about how they’ve got the greatest line of coon dogs that there’s ever been. I’ve seen those trainers and their dogs crash and burn. The dogs that I’ve bred and trained always have been strong on following a coon’s track. I get real upset when I walk up to a small persimmon tree, there’s a dog under it barking what seems like 100 barks per minute, and there’s not a coon up that tree. I want my dogs to be “true to the track.” No excuses. I expect to see a coon up the tree when my dog barks on it. Accuracy (not barking until a dog knows a coon is up a tree) is the most-important trait I think a coon dog can have. 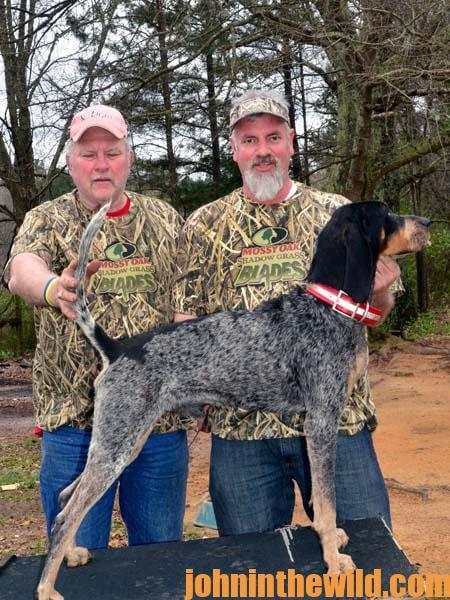 Phillips: Keith if you can produce the perfect coon dog pup, what qualities should that pup have?
Tate: She would be a calm female bluetick hound, because females mature faster than males do. In my opinion, they’re not as likely to run off-game. I want that dog to be pretty and to have a good loud voice and the right confirmation to compete in bench shows. I like for a pup to have bench show titles in her bloodline as well as field-trial hunting titles. A bench title is what a dog looks like standing on a bench. The dog is judged on its confirmation, and the way all the parts come together for the dog as compared to the breed standard for that breed of dog as sanctioned by UKC (United Kennel Club)(www.ukcdogs.com). Competing in a bench show is a great way for me to get my family and children involved in coon hunting and in raising and training coon dogs. Most people who really get into coon hunting start off with showing their dogs in bench shows.

Whatley: Also, when a coon hunter gets too old or too tired to compete in Nite hunts, they still can compete with their dogs in bench shows.

When you register a new coon dog with the UKC (United Kennel Club), you’ll be sent a rule book that tells you how the hunts are to be conducted, and what you and your dog needs to do to compete for free. If you get a subscription to “Coonhound Bloodlines” magazine from the UKC, you’ll get a copy of the rule book. You can go online to www.ukcdogs.com, and check out coon dogs or go to www.ukccoonhounds.com, and print out a copy of the rule book. 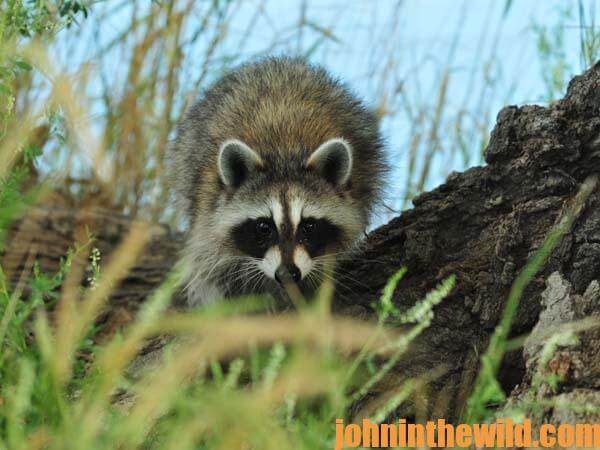 To learn more about all kinds of outdoor subjects, click here to get John’s eBooks and print books. 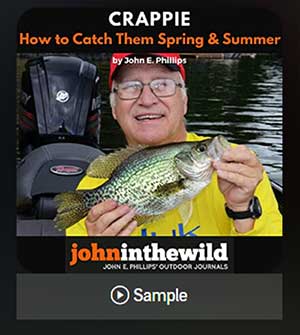 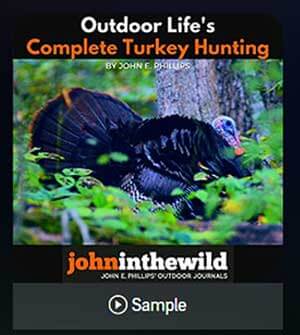 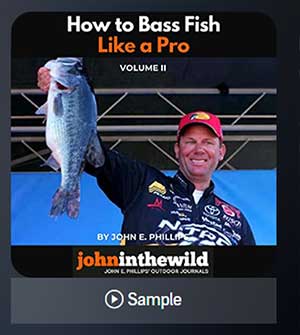 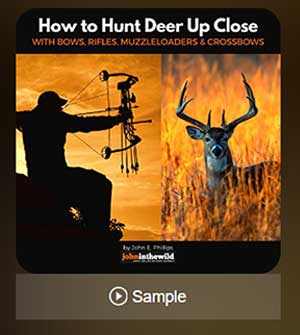