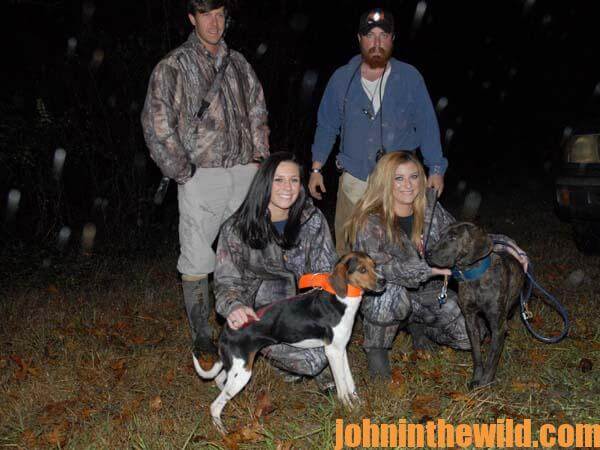 John’s Note: Keith Tate (205-527-1862) has been training coon dogs for 15 years, mainly for Dexter Whatley of Kildare Junction in Cass County, Texas. To produce dogs that have the potential to be Grand Nite Champions, the trainer and the owner of the dogs must have the same philosophy about the dogs that are bought and trained. Even though each man performs a different task, they work in harmony like the defensive coordinator and the offensive coordinator on a professional football team. Tate and Whatley share the same mindset of what’s required to produce a Grand Nite Champion coon hound. 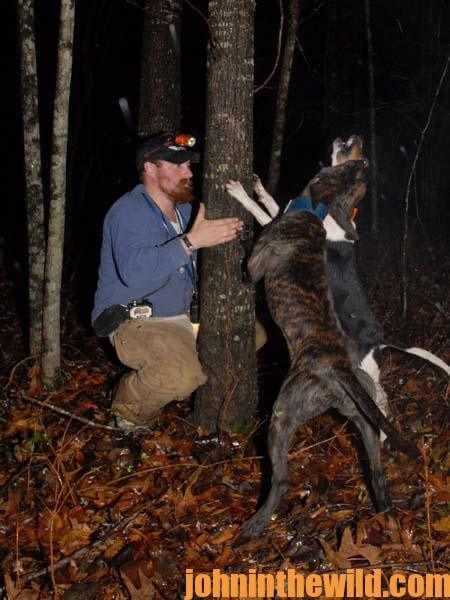 Tate: A bluetick female usually will produce six to 10 pups. To make that math easier, let’s say she has 10 pups. I think that three of those 10 pups should be able to make Grand Nite Champions. If you have more than 30 percent of a litter that makes Grand Nite Champions, you’re batting well above average.

Phillips: Keith, for how much will these pups sell?
Tate: At 6- to 8-weeks old, our 10 pups in this litter may sell for $300 to $700 each. Of the three pups in the litter that make Grand Nite Champions, those three pups will sell from $3,500 up to whatever price a man wants to pay for a champion dog. Some of our three dogs may sell for $10,000 or more. Ten is the least amount of hunts that I’ve had to take a dog to and compete with that dog to help the dog earn the Grand Nite Champion title, and that was a dog named Latch, a female bluetick hound that was extremely fast. She had a great nose to smell a coon track with, and she had the speed of a racehorse. Once Latch put a coon up a tree, she’d come and find me, and I’d follow her back to the tree where she’d left the coon. But in competition, you don’t want a dog to leave the tree. So, I had to solve that problem for her. Dexter Whatley and I owned Latch together. At one time, we could have sold her for $6,000 to $8,000, but I had gotten attached to her, and Dexter let me buy his 49 percent of that dog for $600, which was a bargain. 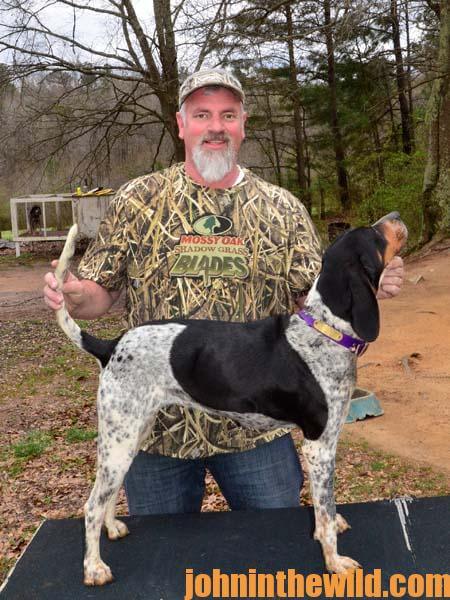 hat advice would you give to a newcomer on how to pick a coon dog puppy?
Tate: First of all, don’t ever get talked into buying a coon dog. People who sell coon hounds will tell potential customers, “This pup has the potential for being one of the greatest coon dogs in the world.” The real secret to buying a good coon dog is to talk to someone else who has puppies out of that same dog, and somebody who knows the breeding of the dog and understands what this female’s pups have produced in the past. Don’t bet on the man who’s trying to sell you a good coon dog. I usually don’t pick pups. I let Dexter Whatley or my wife, Ashley, pick the pups. I couldn’t pick a winner in a one horse race. So, I take the advice of people who’ve picked great pups in the past.

Click here to find John’s Kindle and print books on all kinds of outdoor subjects.

Next: Why Bluetick Hounds for Championship Coon Dogs