How William Crawford Trains Labrador Retrievers to Be Multi-Purpose... 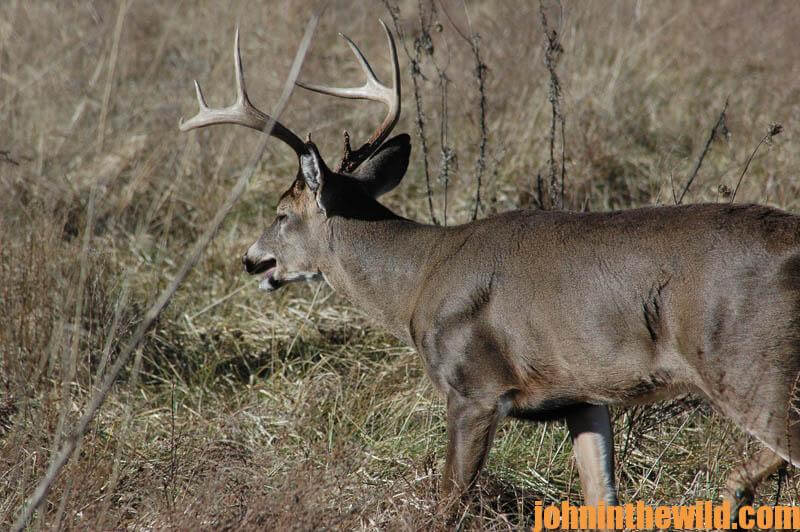 Editor’s Note: William Crawford of Montevallo, Alabama, the director of the Outdoor Scholars Program at the University of Montevallo and a longtime hunter, has been a Labrador retriever trainer since he was 13-years old. He trains Labs to: find wounded deer; to locate, pick up and bring back shed antlers; to find and retrieve doves; and to pinpoint and retrieve ducks. With bow season starting, the bowhunter is the one most likely to need a blood-trailing dog, although that’s not a completely accurate term. “Often there won’t be a blood trail,” Crawford explains. “But because a wounded deer leaves a scent from the glands between his toes, our dogs can find deer – even without a blood trail. They can identify deer in the water, and our best dogs even can find and retrieve deer that may be underwater.” 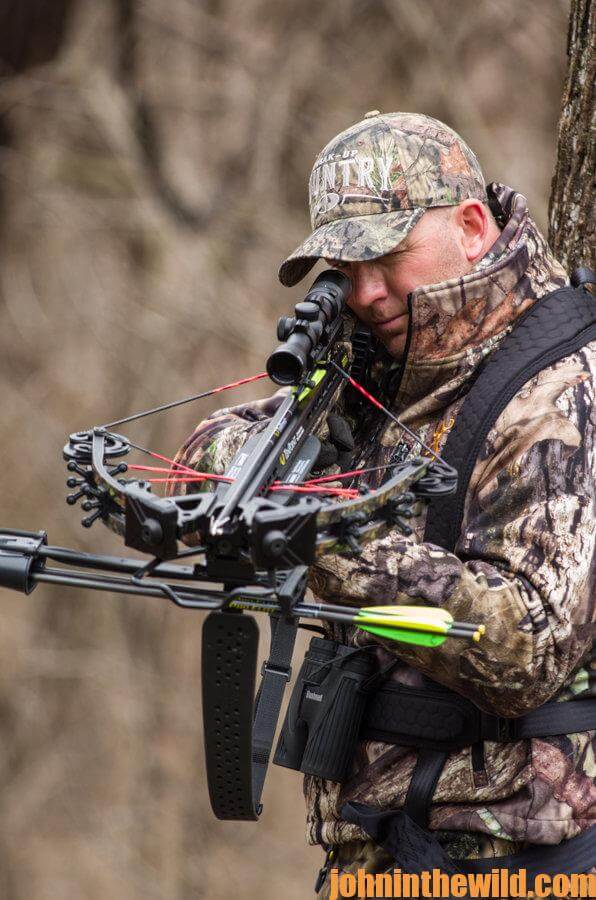 When Chief, Crawford’s first trained blood-trailing deer dog, (See Day 1) was only 1-1/2 years old, he got out of his pen one night, was hit by a car and killed. Crawford was totally devastated. Although he didn’t want another dog for awhile, then his Uncle Bob found Crawford a chocolate Lab named Hunter that already had been to obedience school, which he realized was an important component for being a good tracking dog. Hunter came from a long line of Labrador retrievers too that had been trained to identify that places where wounded deer were. Crawford’s quick to say that a good tracking dog pup doesn’t have to come from a line of tracking dogs, but must come from a line of dogs with proven hunting backgrounds.

“You want a dog with a really-good nose for smelling and pinpointing game and that’s driven to locate game,” Crawford reports. Crawford immediately started training Hunter to follow a blood trail. “I was surprised how quickly Hunter learned to blood trail during the spring and summer. Then Hunter was ready to go and identify wounded deer in bow season.” However, if Hunter found a dead deer, he wouldn’t bark, but he would bark if the deer was still alive. “Some Labrador retrievers naturally will bark when they pinpoint a dead deer,” Crawford explains. “But often if Labradors find a dead dear, they’ll just sit there, lick on the deer and wait for you to arrive.”

After having trained over 200 blood-trailing dogs, Crawford has learned that the majority of Labrador retrievers won’t bark if the buck is dead when they reach him. Many years ago when I first encountered a blood-trailing dog at a commercial hunting operation in South Carolina, a cow bell had been attached to the dog’s collar to help the handler keep up with where his dog was. When the bell stopped ringing, the handler knew about where the dog was, and that the deer was probably dead. 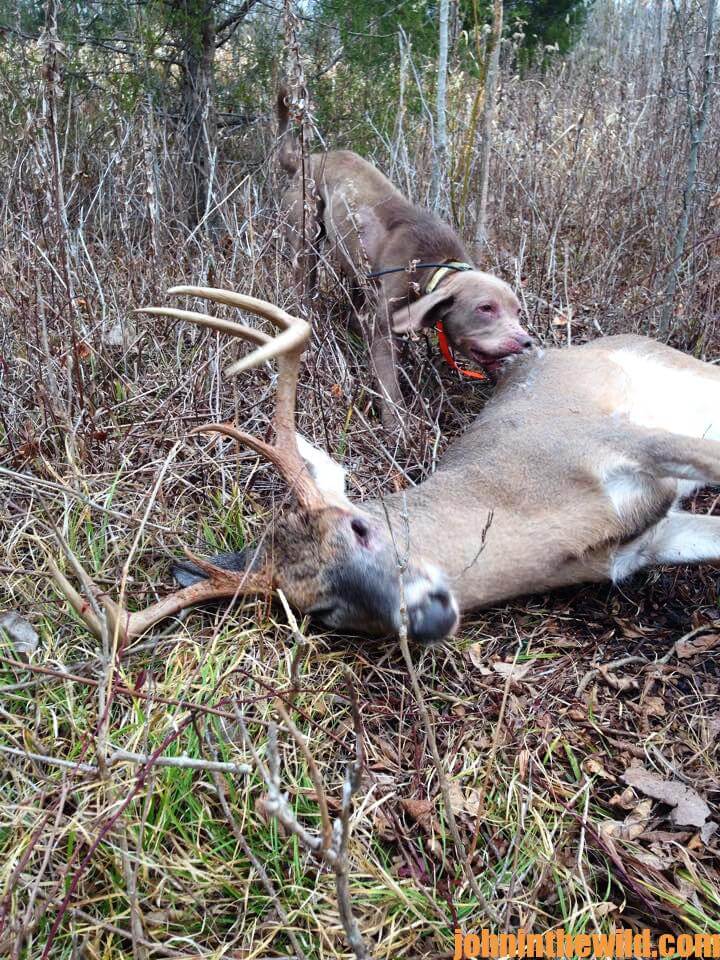 “Today with the improvements of GPS dog collars and hand-held GPS receivers, pinpointing a dog that’s discovered a dead deer is much easier, simpler and faster,” Crawford emphasizes.

Initially, Crawford used the type of collars that upland game bird hunters used that beeped, so you could keep up with where your dog was. Once the dog went on point, the collar would beep much faster. But sometimes the dogs would get out so far, you couldn’t hear the beep. “Today I’m using a Garmin Astro (https://buy.garmin.com/), which is an older model of a tracking collar and receiver,” Crawford reports. “The modern GPS receivers and collars allow you to mark as a waypoint where you’ve left your truck. The GPS shows you where you are in relationship to the truck, and where your dog is in relationship to you and the truck. The GPS receiver also lets me see the tracks of the area that the dog has covered. So, if the deer stops bleeding, or the dog loses the scent, the handler can push his dog in a different direction that he hasn’t searched before. If you’re checking where your dog is on your hand-held GPS receiver, and you see that your dog hasn’t moved, and he’s not barking, then you can walk straight to that dog. Or, if the dog’s gone a long ways, and an access road is closer to him, you can return to your truck and drive closer to where the dog is. Then you either can drag the deer out or move the truck closer to where the deer is located.” 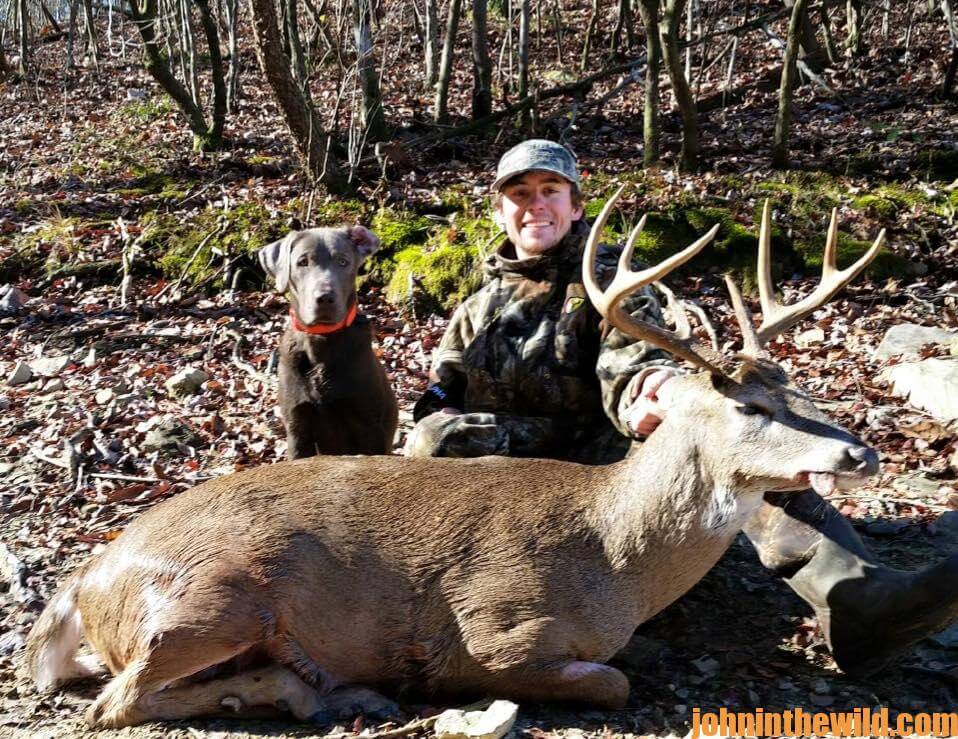 To contact William Crawford, call 205-792-9288 or go to his Facebook page www.facebook.com/SilverBandedRetrievers or www.silverbandedRetrievers.com. For more information about the University of Montevallo’s Outdoor Scholars Program, visit http://outdoorscholars.montevallo.edu.

For more information about deer hunting, check out John E. Phillips’ eBooks, print and Audible books, at johninthewild.com/books/#deer and www.barnesandnoble.com for Nook books. You can type in the name of the book and download it to your Kindle, and/or download a Kindle app for your iPad, SmartPhone or computer. For a free download on how to make jerky from venison to provide a protein-rich snack, choose “How to Prepare Venison Jerky: The Ultimate Snack Food” at johninthewild.com/free-books.